Precious metal prices seem to be frustrating investors and market participants alike presently. The whole sector has rarely been so heavily oversold with such overwhelming negative sentiment (reminds me of 2008). 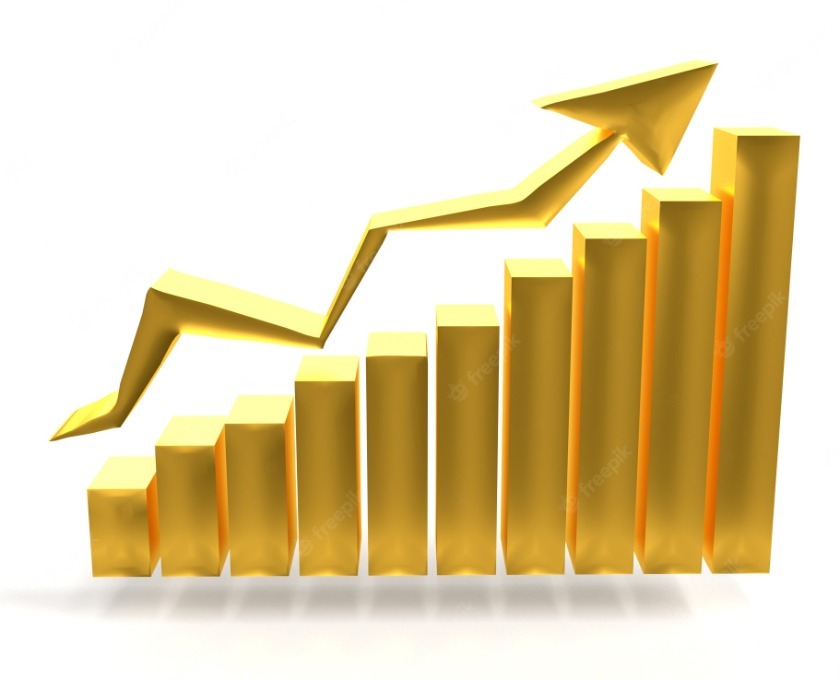 Precious metal prices seem to be frustrating investors and market participants alike presently. The whole sector has rarely been so heavily oversold with such overwhelming negative sentiment (reminds me of 2008).

Whilst we all understand that inflation is presently out of control, with double digit price rises globally (based on true annual inflation metrics) since the start of 2021, we did see a sharp rally in the Gold price into March 2022 to new global highs of US$2,070/oz. Gold has since fallen alongside global stock indices, commodity markets and falling sovereign bonds (debt markets). For example, 10-year USA Treasury yields have risen from March 2022 at 1.70% up to today’s levels of 3.32% (debt markets fall as interest yields rally).

When looking at the Gold chart today, Gold has a lot of support at these levels, with 2 long term trend line support lines coming in at these levels. Alongside that, the Relative Strength Index (RSI) is clearly very oversold on the daily charts.

The Relative Strength Index (RSI), is a momentum oscillator that measures the speed and change of price movements. The RSI oscillates between 0 and 100. Traditionally the RSI is considered overbought when above 70 and oversold when below 30.

As you can see, every time it has historically hit or overshot the 30 line, Gold has found a low and rallied significantly. 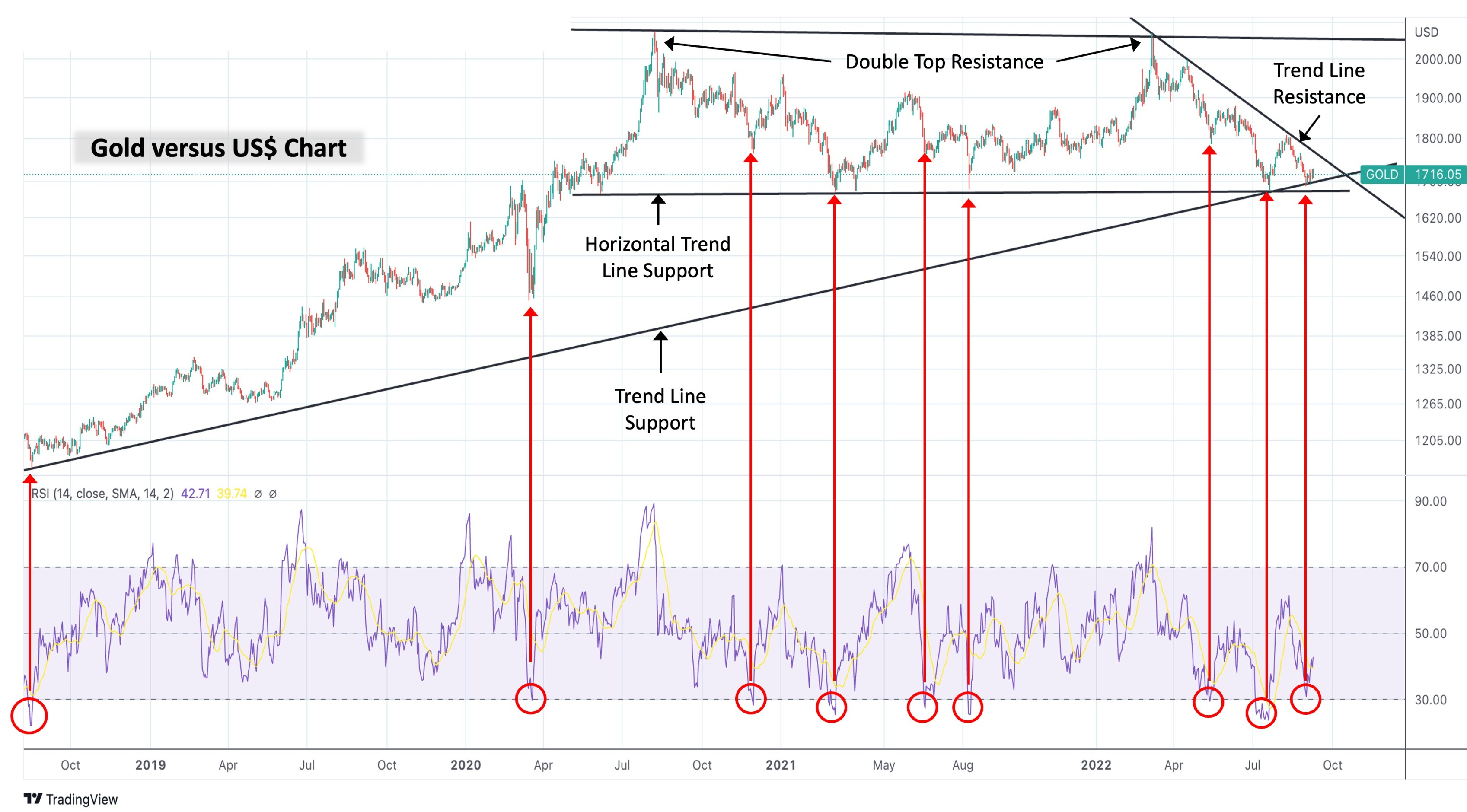 Now onto the 2nd chart:

Gold fell from the beginning of March 2022 (after seeing the highs) alongside global stock indices, commodity markets and falling sovereign bonds (debt markets).

We have seen this price action before in the Global Financial Crisis of 2007- 2009. Gold fell initially alongside global asset valuations, then turned around very quickly experiencing a very dynamic and exciting bull market rally to new all-time highs in 2011.

In fact, Gold topped out on 17 March 2008, fell into 11th September (where a base was found) and then sharply rallied into mid-October, with a final sell off into 24 October (demonstrating a lower low of -9% from the 11th September low into the 24 October low), before the major multi-year rally into 2011. Could timing and cycle patterns be repeating themselves once again?

Market Cycles do not repeat themselves exactly, but they do rhyme very closely!

I have drawn in a low into late October / November 2022 on the chart above, as I believe this closely follows the price action of 2008. The trend lines and support zones look too tempting not to break, and if we rhyme with 2008, then it’s not out of the realm that we could expect a move lower down to US$1,520/oz approximately marrying the -9% lower low experienced in 2008 as the final low.

Now please understand I am not saying that Gold is going to the US$1,520/oz price target, but we all have to be aware of these opportunities. But this could very much line up with another major sell-off in stock indices and bonds into the end of the year as the global economy continues to turn down quickly.

…is the famous cup & handle technical formation. Not only can these patterns be extremely powerful in recognising the next major trend move, but this particular one has built up over nearly 12 years. Such decade or multi-decade patterns are hugely powerful.

Typically the price target can be recognised (as the projected advance after breaking out at approximately US$2,100/oz) which is estimated by measuring the distance from the right peak of the cup to the bottom of the cup. This would then entail a possible move to approximately US$3,125/oz as an initial target. 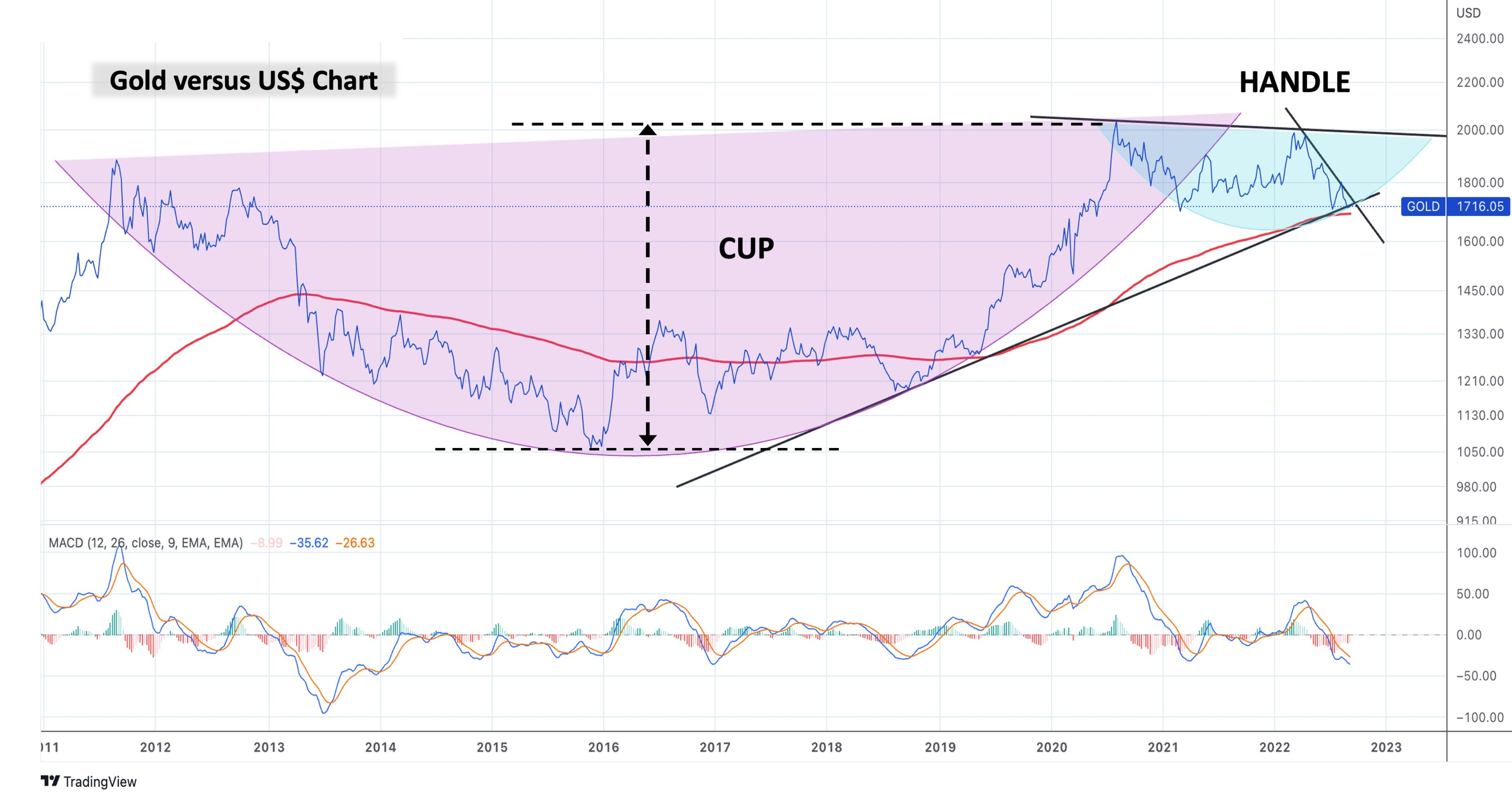 I will be posting other technical charts shortly so look out for them, supporting the whole premise of metals at this time.

Protect your wealth; invest in physical gold, silver or other precious metals at best prices from Indigo Precious Metals. Physical delivery across the world.