There is an unwarranted assumption that market prices are always right, and represent "fair value". In the case of commodities, particularly metals, this is not necessarily true... 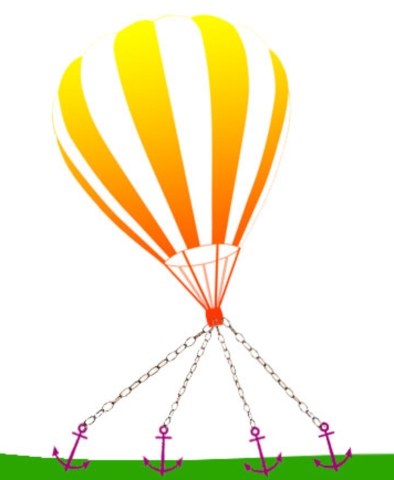 IPM Group Comment: Silver mine supply lagged demand by 4.9 million ounces last year 2014, the World Silver Survey said, or about 0.5% of total demand, which stood at 1,066.7 million ounces, they also stated that as a result of falling mine supply and firmer demand in 2015, the global silver market should see the supply shortfall increase in 2015.

Primary Silver miners make up approximately 27% of global silver production and lost 1.9 Billion US$ in 2014  (see here) - a failing business model ! When the cost of extraction from the earth's strata of this particular metal is considerably higher than the cost they can actually sell it for  - well how long does this business model last ? Either mines go out of business and production levels drop precipitously or silver is re-valued much higher.

Considering the world is forecasted to be suffering yet another supply / demand deficit again for 2015  - Well what do you think ?

You can actually purchase silver cheaper than it costs to extract it !!

There is an unwarranted assumption that market prices are always right, and represent "fair value". In the case of commodities, particularly metals, this is not necessarily true, because regulated financial markets make it too easy for government agencies and large banks to game the system.

Take the case of a country like China, which is the largest consumer of copper. Does it passively buy its copper through the market? No. Instead it strikes a price with a supplier, such as a Zambian copper mine, based on the London market price, bypassing the market entirely. If China plays no part in setting the reference price in London, the Zambians can be satisfied the price is fair; but if China or her agents suppressed the price of copper in the market before the price is set, the Zambians would be right to be upset.

Now, we do not know if China or her agents drive the copper price down, by placing a relatively small paper order so that the large off-market physical deal is priced favourably, but it is obviously in her interest to do so. Another metal where this could apply is silver.

We need to bear in mind three things about China and silver. She is the world's largest industrial user, she is almost certainly the world's largest refiner, and the government owns all the refineries. China imports large quantities of doré 1 and also base metal ores containing silver. So how she goes about this business is highly relevant to the silver price, and the following is an example of how it works.

In the case of foreign silver mines a qualified agent assesses the silver content of concentrates or doré on site and agrees a payment figure with the mine manager. Two further considerations then arise: the mine manager will want payment upfront because he has wages and other costs to meet; and the agent will look for the most cost-effective refining option. The first consideration is addressed by getting a bullion bank to advance the money against delivery of the concentrates or doré when refined, and the second will often involve a government-subsidised Chinese refiner.

There now exists a relationship between the Chinese government and the bullion bank, because the former has to deliver refined silver to the latter, or it must alternatively provide paper cover as may be subsequently agreed between them. As owner of the refining industry, China's interest is primarily strategic rather than profitability. Whether it is to subsidise the solar cell industry, or to build a strategic stockpile matters not; the temptation to suppress the price is the point.

The problem with price suppression is that it only works when buyers stand aside. But as we saw in the 30 months following October 2008 when the silver price ran up from under $9 to nearly $50, when buyers step in huge price moves can occur relatively quickly.

To the extent such price suppression does occur, today's commodities must be under-priced, just as bond and stock prices have become overpriced through central banks and other government agencies interfering with the markets. In any event investor opinion is bearish for commodities and bullish for the US dollar. Therefore, in a general market correction of valuation extremes commodities should recover strongly, how strongly will depend on whether or not prices have been artificially suppressed in the way described in this article.

Deflationists should take note:  when markets crack, after initial confusion the prices of key commodities such as silver could rise more strongly than imaginable if they have been artificially suppressed, making them the only game in town.

1 A doré bar is a semi-pure alloy of gold and silver, usually created at the site of a mine. It is then transported to a refinery for further purification.